I came across a challenge that really resonated with me, so I am going to attempt to rise to meet that challenge.  The spirit of the challenge is to be brutally honest with the Christmas letter, instead of creating a fictional front.  Soooo....in that spirit....

2018 has been a strange mix of hard and wonderful.

Our year started with the whole family still in Massachusetts, due to the fact that the Navy couldn't make a decision.  The movers came on January 10, 11, 12...and Jason and Justin took the dog, and left and drove to Illinois since Jason had to be there to take the advancement exam (Spoiler: he didn't pass).  This left Laura, Heather, Leah, and Katherine still in MA, watching men pack, guarding Jason's baby (the Harley-Davidson, for the uninitiated), cleaning the now-empty house, breaking down the garden shed no-one wanted, and camping out with friends.  The highlights included Jason finding an amazing church the first weekend in IL, God having provided a GREAT house, Laura and the girls driving through the night in a blizzard that closed I80, spending a night in OH with friends, and arriving at our new home on January 16th.  Most of the rest of the month was spent unpacking and setting up the house.  We also learned that our children could NOT go to school in the district we thought we were in (off by something like 5 houses!), but were instead supposed to put them into one of the crappiest schools I have ever seen rated...so we are homeschooling.  (Cue unhappy 10th-grader).  Justin was finishing his classes via an online program through his school in MA.

February saw me starting back at Walmart in a job I never wanted to have again, working overnights on the remodel crew, which lasted into May, and I was able to translate that into a job working as a cashier...still don't want to be there, but it is helping pay the bills.   The kids started making friends in the homeschool group and church group.

In March, Justin took his SAT in Champaign.

In April, we had some wonderful visitors for Spring Break. 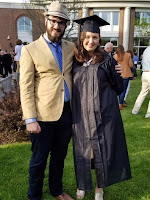 In May, the remodel was completed, and I celebrated by moving to days and starting working as a Cashier.  Frances also graduated from Gordon College and celebrated by flying to Spain the next day for a summer Spanish intensive. 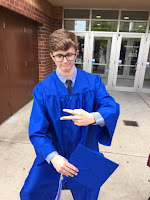 In June, the kids and Laura drove to MA for Justin's high school graduation.  We stayed with friends, and got to see Nick and to hang out in familiar places with more friends.  Justin successfully graduated, and we drove back to Illinois.

In July, Frances came back from a very eventful time in Spain, having traveled, and seen the country, been hospitalized, had surgery, delayed her return home, and finally arrived home...to travel again a week later...after having Heather to dinner during HER visit to MA to spend time with friends.  Then Frances and Nick, and Jon all came to Illinois for the Shipp family reunion...which Heather was supposed to attend too, but ended up spending 24+ hours in the airport in New Jersey due to crappy weather.

August started with ALL of the kids here in Illinois and ended with everyone back to work in their various places.  Leah began a brand new adventure, taking dual-enrollment classes through the local community college, as well as her homeschool work for 11th grade.  Justin began training as a shift lead at work.  Katherine started her new school year...as a 9th grader.  Heather's job moved to another store, in another town, working as a co-manager of the Journey store there.  Also in August, Laura was reminded again that she was pre-diabetic, and finally figured out what to do about it (why no-one could tell me for the prior 10 years how to make any changes is a subject for another dissertation...).

We also learned that we will be grandparents in April...

September, October, and November are a bit of a blur.  Everyone worked their butts off.  Katherine and Leah attended to all of their school work, along with the requisite fussing by parents to complete homework and do household chores.  There were doctors' appointments for Laura, and adjustments in medications which resulted in more energy, better sleep, and other subtle signs of improving health. The dog went in and out with regularity, which is more than can be said for the rest of the couples represented.  Laura and Jason did KETO...Laura lost 30 pounds, and Jason lost 10 pounds.  Jason traveled for work and saw friends; Laura traveled to see friends and make plans for the future.  Heather turned 21, and we celebrated.  Thanksgiving happened, and we celebrated.

And then December 27th happened, 11 years after my mother's heart attack and subsequent triple bypass surgery, my mother failed to wake up, and ended up in the hospital again, this time in a short-term diabetic coma.  And Laura and Katherine left, on New Year's Eve, for South Carolina.